Beneath the flowery oratory, a lack of democratic values | Article published in the Times of India 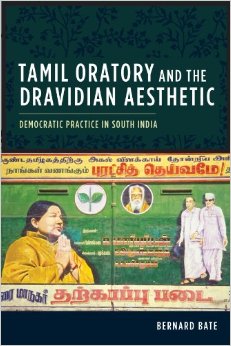 My article "Beneath the flowery oratory, a lack of democratic values' was published in the Chennai edition of the Times of India on June 3, 2015.  The same can be read either at http://timesofindia.indiatimes.com/city/chennai/Beneath-the-flowery-oratory-a-lack-of-democratic-values/articleshow/47522678.cms

The sound and fury of Dravidian oratory


The sound and fury of Dravidian oratory may be nothing but political hyperbole and hubris signifying nothing but they do reveal a fascinating phenomenon of Tamil politics, culture, and history. The excessive devotion the Dravidian oratory helped to perpetuate may tell us that it is time to reclaim ordinary speech for Tamil political stage so that its democratic ethic is restored.

Posted by mdmuthukumaraswamy at 11:10 AM
Labels: Times Of India, கட்டுரை, பொது